TORONTO, May 24, 2019 /CNW/ - CIBC (TSX/NYSE: CM) today announced that it had entered into an agreement with a group of underwriters led by CIBC Capital Markets for an issue of 10 million Basel III-compliant Non-cumulative Rate Reset Class A Preferred Shares Series 51 (Non-Viability Contingent Capital (NVCC)) (the "Series 51 Shares") priced at $25.00 per Series 51 Share to raise gross proceeds of $250 million. 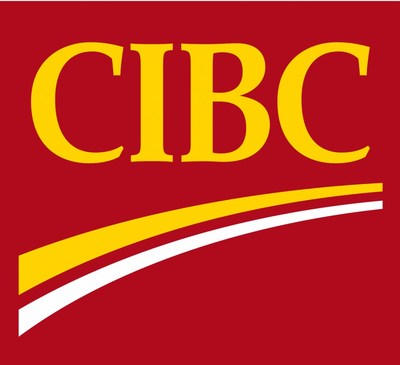 CIBC has granted the underwriters an option to purchase up to an additional 2 million Series 51 Shares at the same offering price, exercisable at any time up to two days prior to closing.  Should the underwriters' option be fully exercised, the total gross proceeds of the financing will be $300 million.

The Series 51 Shares will yield 5.15% per annum, payable quarterly, as and when declared by the Board of Directors of CIBC, for an initial period ending July 31, 2024.  On July 31, 2024, and on July 31 every five years thereafter, the dividend rate will reset to be equal to the then current five-year Government of Canada bond yield plus 3.62%.

Subject to regulatory approval and certain provisions of the Series 51 Shares, on July 31, 2024 and on July 31 every five years thereafter, CIBC may, at its option, redeem all or any part of the then outstanding Series 51 Shares at par.

Subject to the right of redemption, holders of the Series 51 Shares will have the right to convert their shares into Non-cumulative Floating Rate Class A Preferred Shares Series 52 (Non-Viability Contingent Capital (NVCC)) (the "Series 52 Shares"), subject to certain conditions, on July 31, 2024 and on July 31 every five years thereafter.  Holders of the Series 52 Shares will be entitled to receive a quarterly floating rate dividend, as and when declared by the Board of Directors of CIBC, equal to the three-month Government of Canada Treasury Bill yield plus 3.62%.

The expected closing date is June 4, 2019.  CIBC will make an application to list the Series 51 Shares as of the closing date on the Toronto Stock Exchange.  The net proceeds of this offering will be used for general purposes of CIBC.

The securities being offered have not been and will not be registered under the U.S. Securities Act of 1933, as amended, and may not be offered or sold in the United States absent registration or an applicable exemption from the registration requirements.  This press release shall not constitute an offer to sell or an invitation to purchase or subscribe for any securities in the United States or in any other jurisdiction where such offer is unlawful.

CIBC is a leading North American financial institution with 10 million personal banking, business, public sector and institutional clients. Across Personal and Small Business Banking, Commercial Banking and Wealth Management, and Capital Markets businesses, CIBC offers a full range of advice, solutions and services through its leading digital banking network, and locations across Canada,  in the United States and around the world. Ongoing news releases and more information about CIBC can be found at www.cibc.com/en/about-cibc/media-centre.